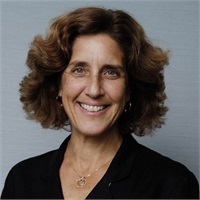 Suzanne is a strategic force in the operations of Diddel & Diddel. She directs the key initiatives of the firm, is an integral decision maker, and manages the financial aspects. She is a career professional committed to D&D's 5-Star quality of excellence platform.

Suzanne began her professional career after graduating from the University of New Hampshire. Her investment banking life at Morgan Stanley was in Fixed Income Sales & Trading. After that, she was a Vice President at Goldman Sachs, where she worked closely with the Capital Markets Group on Specialized Utility Company transactions. Upon joining Mass Mutual she was the Asset Coordinator and Manager for representatives in the NYC office. After fourteen years in NYC, Suzanne joined Credit Research & Trading in Greenwich to work with developing a private placement transaction group.

Suzanne's community interests include active participation on numerous Executive Boards of the Greenwich Public Schools for 16 years. She is also involved and committed to coaching, church, and a variety of charities. She has been dedicated to her boys Cub/Boy Scout experiences for 15 years and has guided her sons to Eagle Scouts. Suzanne is an avid competitor in a variety of sports leagues including tennis and paddle tennis. She is an experienced skier, having been an advanced level instructor who also enjoys bike riding, traveling, and gardening.

Suzanne was the inaugural co-founder of the Diddel family “Baskets from Heaven" Thanksgiving food drive. Since its inception, she has successfully managed the "Baskets’ organization and delivery operations feeding more than a thousand families over seventeen years. Suzanne resides in Greenwich with her husband; they have three sons, and their newest addition, a Bernese Mountain Dog, Nike.