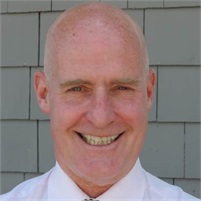 In 1986, G. Scott Diddel and his father, Andrew Diddel, CFO of an established benefits group, combined their business experience to create Diddel & Diddel, Wealth Accumulation Strategies. Their goal was to coach individuals, families and small business how to: "keep more of what they earn". The D&D "Values-Based Blueprint for Success" has been the core of the Diddel & Diddel financial strategies since the founding of the Company nearly thirty years ago.

Growing up in New York City, Scott attended The Dalton School. He graduated with a B.A. from Bowdoin College in Maine. He continued MBA and M.Ed. studies at Columbia University Teacher's College. Scott dedicated six years of his early career to classroom teaching and coaching at college preparatory schools. At the Wilbraham-Monson Academy in Massachusetts he was the Director of the Middle School, languages teacher, and coached varsity level sports: soccer, ski-racing, and tennis. Next, the Riverdale Country Day School in New York, Scott was the Director of Student Activities, language teacher, and tennis coach. After six years of the classroom, Scott decided to pursue his passion for cultural education and adventure travel for students. He founded DownHill Spokers Bicycle-Venture Tours, which became a successful international bicycle touring company. Throughout a decade of cycle­ ventures, thousands of riders rode the world's most magnificent landscapes. During that period, Scott established a Bicycle Touring Center and premier-class retail bicycle outlet in the heart of New York City.

Scott's career as a personal financial coach in the investment services industry began with the MassMutual Co. in 1985. He was honored and recognized as a top producer both regionally and nationally. From 1991-1996, Diddel & Diddel contracted with, The Guardian and Guardian Investor Services, Inc. That same year, D&D relocated the operations to the BoatHouse at Stamford Harbor Landing which has been home for the past 19 years.

The Diddel & Diddel team consists of three principals, and an experienced staff. For nearly 30 years D&D has been a dedicated client services team covering specific areas within the financial services industry while embracing the D&D Concierge 5-Star service experience for all of our clients.

Scott is a Registered Representative of American Portfolios Financial Services Inc. His professional distinctions include membership in the Million-Dollar Round Table, Top of The Table, the Chairman's Council, the Master's Club, the President's Council, the Portfolio Manager's Council and the Leader of Leader's. He is a career recipient of the National Sales Quality Award. He holds the following professional registrations and licenses: Series 6, 26, 63, 65, Life and Health and Variable Contracts.

Scott's personal interests include racquet sports, high adventure trekking, long distance bicycling, and competitive sports. Scott has enjoyed a long time passion for scuba-diving and raising exotic tropical fish. The BoatHouse hosts 950 gallons of salt and fresh water fish from all corners of the world in four distinct aquariums. A unique art treasure collection acquired over past decades is housed at the firm.

Scott's community interests include active participation in his church, schools, coaching, charity fundraising. He had been a Cub Scout Troop-Master for 17 years. Scott has been a committed member of the Greenwich Boy Scouts of America, and was active on the Executive Council Board. 24 years ago, Scott and his family created their annual "Baskets from Heaven" Thanksgiving food drive. They have delivered "Baskets" to many, many thousands of deserving families in the Stamford and Greenwich, CT neighborhoods. Scott resides in Greenwich with his wife Suzanne, their 3 'Eagle-Scout' sons: Greg, Andrew, Matt and Nike, their Bernese Mountain Dog.