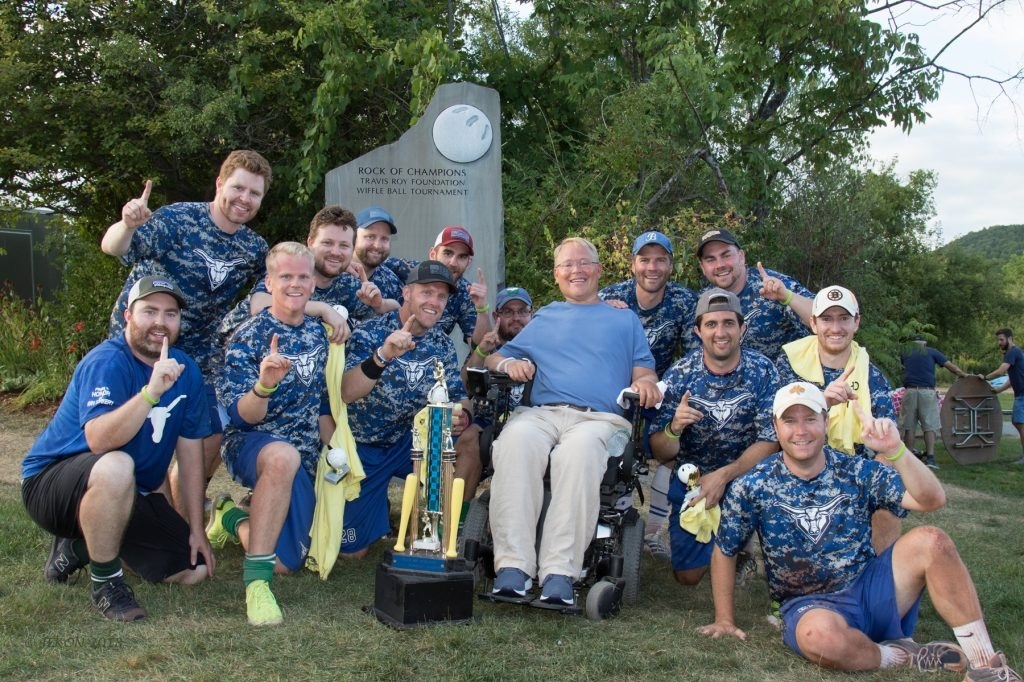 Last year’s tourney raised a record $617,000 to push the all- time fundraising total to well over the $5 million mark. Started by Pat and Beth O’Connor in 2002, all funds from the annual backyard classic go to the Travis Roy Foundation that benefits and creates awareness for people with spinal cord injuries. The foundation is named after the former Boston University men’s hockey player who resides with his family in nearby Mallets Bay in Colchester each summer.

Friday night also features games at all three field starting at 6 p.m. and well as a full slate of games, Saturday features the annual Money Count Ceremony at 2:30 p.m. with the tournament running through the playoffs and championship game on Sunday afternoon. The 32 teams are filled for the tourney but in addition to the action on the field, many other events will be held throughout the weekend  including a silent auction, many raffles, great food, a free kid’s WIFFLE ball game and a special kid’s tent Saturday that features face painting, games and other contests. Saturday also feature a pair of Scooter’s Pretzels Home Run Derbies that are open to the public for a donation. Click HERE for the full tournament schedule.

The lifeblood of the Travis Roy Foundation has been the generosity of individuals, corporations and foundations across North America, and this event has become the foundation’s largest annual fundraiser. This generosity has made an immediate impact on the lives of many individuals. Since the 2017 tournament, the foundation has committed close to million dollars to fund spinal cord injury research in addition to adaptive equipment grants to enhance the lives of people and families affected by spinal cord injuries.

For the eighth straight year, tournament action will be streamed live on the internet on the Pack Network. The opening ceremonies and celebrity-sponsor game, Saturday’s money count ceremony and Sunday’s title game will be aired live as well as game action from Little Fenway and live look-ins from the other fields throughout the weekend.

The Blue Bulls, a longtime participant from Rutland, Vt., captured its first-ever title last year in thrilling walk-off fashion in defeating the Staten Island Yankees in extra innings of the championship game.